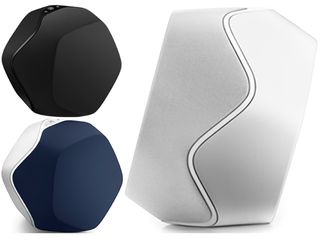 B&O Play has unveiled the BeoPlay S3 Bluetooth speaker that can be used as a single stand-alone unit, or paired with more S3s to fill your home.

B&O says it has fine-tuned the S3 to “deliver a music experience that stays true to what the artists intended.” The speaker is made from a rigid polymer for “optimal acoustic stability” and to help reduce unwanted resonance.

It features built-in Bluetooth 4.0 for higher quality streaming and the covers on the speaker can be changed - they are available in a number of different colours.

Spotify has introduced another music-discovery feature that makes use of its clever algorithms. Mix Mates requires two people to enter their favourite bands and Spotify will return a playlist which “shows the musical degree of separation” between the two artists.

The number of tracks in the playlist depends on how many steps it takes to connect the two artists together, with a song from each artist in the chain.

Spotify recently launched another application designed to let you find out how early on you discovered an artist that made it big.

The new features and apps could be a way of keeping users and enticing new ones after the launch of Apple Music.

The BBC will launch a kids-orientated version of the iPlayer in 2016. It will have shows from CBBC and CBeebies and other child appropriate content from around the BBC.

The new iPlayer will come in the form of a tablet app for iPad and Android devices, and the BBC says it will be curating all media available to ensure nothing inappropriate slips through.

“It will be their very own BBC iPlayer app, making it easy and fun for children to find their favourite CBBC and CBeebies shows and discover new BBC programmes in a safe environment that’s designed just for them,” said director of BBC Children, Alice Webb.

“Parents can also be confident that the app only contains content suitable for children. So, whether it’s in the back of the car on a long journey with a tablet or on the bus to school on a mobile, kids will be able to watch their favourite shows wherever they are, whenever they want to.”

The latest system software, 3.00 for PlayStation is available to download from today. The software update had previously been in beta mode, but is now ready for a general rollout. Features of the update include increased online storage for PS Plus members, from 1GB to 10GB.

Gamers will also now be able to livestream gameplay to YouTube, including the new YouTube Gaming app and view Events in a new hub. Events will let players know about activities taking place in the games they play most, as well as official broadcasts.