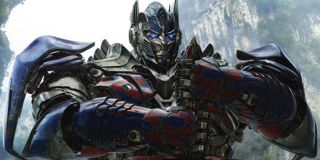 The first film to feature a Dolby Atmos soundtrack on Blu-ray disc will be Transformers: Age of Extinction, due out on September 30th in the US. The UK launch is scheduled for November 17th. In America both the Blu-ray combo pack and and the Blu-ray 3D combo pack will have a Dolby Atmos soundtrack encoded in Dolby TrueHD, but this has still to be confirmed for the UK release.

Paramount Pictures says it will release additional titles on BD and via online streaming in the run-up to Christmas.

"If you've experienced Transformers: Age of Extinction in Dolby Atmos in the cinema, you will understand the power of sound to transport you right into the middle of the action," says Edward Hoxsie, senior vice president of Worldwide Product Production and Fulfillment, Paramount Pictures.

MORE: Dolby Atmos – what is it and how can I get it?

Warner Bros has also confirmed its commitment to bringing out Dolby Atmos films. "By leveraging new technologies such as Dolby Atmos, we can deliver a more enriching and and realistic experience that taps into the power and location of the audio, to draw fans deeper into the action unfolding on the screen," says Jim Wuthrich, President of the Americas, Warner Bros Home Entertainment.