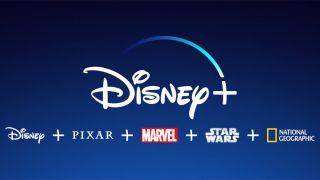 Anyone who has been holding back on subscribing to Disney Plus over uncertainty on whether The Simpsons would feature in the catalogue can now breathe a sigh of relief: Disney has confirmed that the show will be available on the streaming service in the UK.

The Disney+ Twitter account today posted a tweet stating that its catalogue would include 'over 600 episodes' – so all, or at least nearly all, of the 674 that exist, then.

Disney+ streaming annual subscription £49.99
Get access to Disney's Marvel, National Geographic, Pixar, and Star Wars content, with classic and new shows coming online every day - including The Simpsons! This discount is a £10 saving on the annual price.View Deal

The news is likely a result of Disney and Sky's recent agreement, which will see the Disney Plus app available on the Sky Q and Now TV platforms. Since Disney and 21st Century Fox sold Sky to Comcast in 2018, Comcast has held the rights to many Fox titles, including The Simpsons. Sky and Disney Plus will have co-exclusive access to the animated sitcom when the service launches on 24th March.

Now that worries of such an omission have been relieved, Disney's £49.99/year pre-order deal seems all the more tempting.

For details on the rest of the catalogue, pricing and more, our 'Disney Plus streaming service: everything you need to know' is at your service.

MORE:  Star Wars fans can now watch The Mandalorian on Disney Plus UK