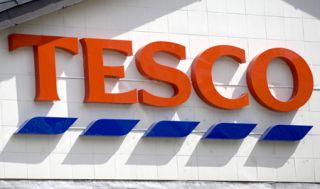 Apparently UK households dispose of more than 1.2 million tonnes of unwanted electrical products every year, which is enough to fill Wembley Stadium six times over.

With that in mind, Tesco is launching its first store-based electrical goods recycling service nationwide, after trialling a pilot scheme in July.

Customers will be able to bring in more than 3000 different products, including MP3 players, games consoles, sat navs, digital cameras and flatscreen TVs.

They'll be given Clubcard points or Giftcards in return.

However, larger electrical items – such as washing machines, fridges, cookers and dishwashers – are not included.

Tesco says a sat nav in good working order could be worth £50, a 32in flatscreen TV £160 and a Canon Eos camera could have a Giftcard value of £190.

Tesco electricals senior commercial manager Matt Finch says: "By being thrifty, shoppers can make money and get rid of unwanted clutter around the home."