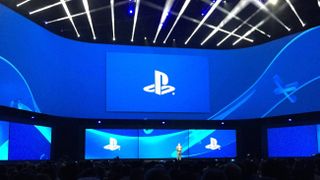 Tomorrow, we will learn much more about the PlayStation 5.

Sony has just announced that its PS5 lead system architect, Mark Cerny, will provide a "deep dive" into the forthcoming console's system architecture tomorrow. The video will stream on the PlayStation Blog at 9am PT (12pm ET / 4pm GMT).

Tomorrow at 9am Pacific Time, PS5 lead system architect Mark Cerny will provide a deep dive into PS5’s system architecture, and how it will shape the future of games. Watch tomorrow at PlayStation Blog: https://t.co/bgP1rXMeC8 pic.twitter.com/BSYX9tOYhEMarch 17, 2020

Cerny will not only talk about the console's architecture but also how it will "shape the future of games". The information will be revealed just two days after Microsoft released the full technical specification for its forthcoming Xbox Series X console, which includes support for removable 1TB expansion storage cards, 4K 60fps (and up to 120fps) and much faster load times.

We already know some of the PS5's specs ahead of its 'Holiday 2020' release date. The PS5 will have a 4K Blu-ray disc drive, and as it will ship with an AMD Ryzen chip, a GPU from the Radeon Navi-family and SSD storage, the promise is fast load times, large bandwidth capabilities and oodles of graphics grunt.

VR technology is set to be hard designed into the build of the GPU. And between a patent filed in Japan and a leak by PlayStation France, there's some very good intel on what to expect from the PS5 controller.

And that's just some of the extensive PS5 news, specs and rumours that have floated around the internet since the next-gen console was first teased well over a year ago.

Apple iPhone 9 Plus reportedly planned as a larger budget option

Disney Plus UK deal: last chance to save on an annual subscription