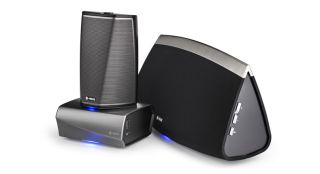 The legal battle between Sonos and Denon, over patent infringements by Denon’s HEOS wireless multi-room product line, appears to have been resolved.

In October 2014, Sonos took action against D&M Holdings (then owner of Denon, before it was bought in 2017 by Sound United), claiming that Denon's HEOS products infringed ‘at least four’ patents.

That lawsuit has now reached a resolution, with Sonos and Sound United signing an agreement to end the ongoing dispute, including dropping an upcoming case filed against Sonos by Denon.

In a blog post, Sonos notes that the “litigation against Denon brought validation to our beliefs – most notably in a December 2017 jury trial, during which the jury affirmed the validity of three of our foundational patents. When presented with overwhelming evidence of Denon’s intentional and blatant copying, the jury also found that Denon wilfully infringed our patents.”

However, Sonos says it was subsequently approached with "what we believed was a fair and favourable resolution”.

The terms of the agreement are confidential, however Kevin Duffy, CEO of Sound United, says that Denon's "direction with HEOS is unchanged".

Is Sonos readying a smart soundbar?