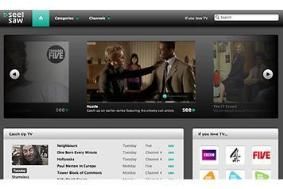 Criterion Capital Partners led an investment consortium, including former Channel 4 chief executive Michael Jackson, which took a majority stake in the business during the summer.

At the time the deal was said to be worth around £10m. But experts say the business was squeezed out by bigger players in the online video market.

SeeSaw was created from the ashes of the aborted catch-up TV platform known as Project Kangaroo in February 2010 by media services company Arqiva.