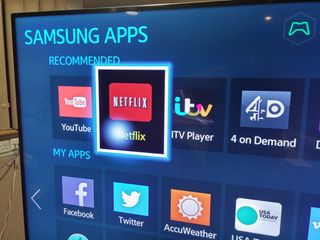 Samsung has announced that its Samsung Apps store for Smart TV apps has hit 10 million downloads.

After hitting five million app downloads in May earlier this year, the number of downloads has since doubled – and now averages 50,000 downloads per day.

Accessing smart TV apps requires that your TV is connected to the internet, either via a wired or wireless connection depending on the model.

Guy Kinnell, marketing director for TV, Samsung UK, says: "“Over the coming months, we will continue to seek partnerships with content providers to provide a vast range of apps so people will not only find an abundance of entertainment choices on their Smart TV but lifestyle too."