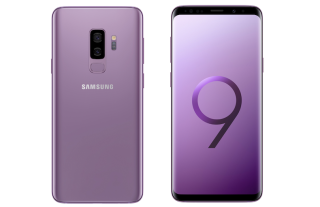 After months of rumours and leaks, Samsung has officially launched the Galaxy S9 and S9+ smartphones at its press conference at MWC 2018.

The S9 and S9+ are largely distinguishable by their size – 5.8in and 6.2in respectively – but for the first time, the S9+ also has a dual-camera system, with the 12MP wide-angle lens of the S9 alongside a 12MP telephoto, for better quality zoom shots.

There are also a few spec differences to support the S9+’s larger design – it gets a 3500mAh battery to the S9’s 3000mAh, plus 6GB RAM to the S9’s 4GB. Media hoarders will also approve of the S9+’s more spacious 128GB storage compared with the S9’s 64GB too, though both offer microSD expansion up to a whopping 400GB anyway.

Elsewhere, the two stick more closely to one another for specs.

For example, both continue with the 18.5:9 ratio Quad HD AMOLED displays that were used on the S8 family, although Samsung has managed to push the bezels back even further on the top and bottom this year, for yet more screen and less body.

An aluminium frame and glass front and back ensures the same premium feel as before, while a rejigged back panel means anyone frustrated by the placement of the S8’s fingerprint scanner will prefer its lower placement here.

The new camera features stretch across both models, including a new dual aperture of f/2.4 and f/1.5 for improved performance in both good and low light, improved noise reduction processing and a new super slow-mo function for recording video at 960fps.

Bixby has pulled its socks up too, with a few new features including real-time language translation, while Samsung's AR Emoji app allows you to capture and send personalised emoji stickers and GIFs via Facebook Messenger or Whatsapp.

While high-resolution audio remains supported up to 24-bit/192kHz as well as DSD, both handsets now also offer stereo speakers tuned by AKG, and support Dolby Atmos processing for a wider sound experience. For those that prefer to keep their music to themselves, a 3.5mm headphone jack ensures you can do so without any adapter fuss.

As for picture, the S9 family continues to offer HDR Mobile Premium certification for watching HDR content on the go from the likes of Netflix and Amazon.

Available in a choice of midnight black, coral blue or lilac purple, the S9 and S9+ will go on pre-order from today, and will be available in shops come 16th March. They will cost £739 and £869 SIM free, respectively.