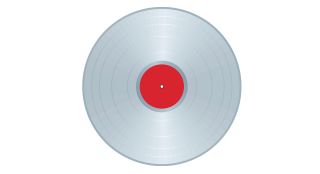 At a press conference in New York's Waldorf Astoria hotel in June 1948 (there is some dispute about the actual date - the 18th, 20th and 21st are all suggested), Columbia Records introduced its long-playing vinyl discs.

The company had embarked on the task of developing a storage format that could hold 20 minutes of music per side in 1941, had paused almost immediately due to American involvement in World War II, and resumed in 1945.

By 1948 it was ready. Two types of discs, 10in and 12in, both turning at a mere 33⅓ revolutions per minute, were unveiled - and by 1956 the previous standard for recorded music, 10in shellac discs that turned at 78rpm and would break if you dropped them, had been abandoned by every major recording company in the United States.

The advantages of the new format were obvious from the off. Although far from indestructible, vinyl discs were far harder-wearing than shellac - but the playing time was the real selling point.

In 1946 Columbia Records had issued The Voice of Frank Sinatra, the first studio album by the company's hottest young property. EIght songs in total and a little over 21 minutes in length, it required four 12in 78rpm discs to hold it - but in 1948 it was reissued as CL6001, a single 10in 33⅓ rpm disc.

(10in discs, which could hold approximately 17 minutes of music per side, were used for Columbia's 'pop' acts. The 12in discs, capable of closer to 45 minutes across two sides, were reserved for more prestigious - for which read 'classical' - releases.)

There were sound quality advantages too - and the overall modernity of the format made it irresistable.

Developments were few but significant: stereo pressings became the norm as 1957 turned into 1958, and by the early 1960s cartridges that operated at lower tracking forces than before improved the longevity of both cartridge and disc.

The composition of the vinyl itself has varied over the last 70 years - virgin vinyl was always preferable (and is a proud selling point of any number of current vinyl reissue companies), but an oil crisis (1970s) and the advent of Compact Disc (1980s) led to both the use of recycled vinyl and reduced vinyl weight.

Neither of these developments passed without criticism, and virgin vinyl pressings of 180g are considered optimal. Columbia's very first 12in vinyl release, Nathan Milstein and the New York Philharmonic having at Mendelssohn's Concerto in E Minor (ML4001) weighed in at 220g.

The vinyl LP as a viable format has been read the last rites on numerous occasions - but though the flame of its appeal may have dimmed, it has never been entirely extinguished. 70 years after it was first announced, the 33⅓rpm 12in vinyl record revolution has life in it yet.

High-definition vinyl: coming soon to a turntable near you

Inside the Pro-Ject Audio turntable factory

9 affordable ways to upgrade your turntable