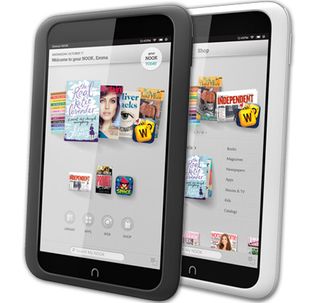 In another attempt to get the UK market interested in Nook tablets, Barnes & Noble has slashed its prices for a second time.

Now, the prices are down to just £99 for the Nook HD option and £149 for the HD+ model. The tablet manufactuer claims that the reduction is for a limited time only.

The price cuts are seen as another effort by B&N to match sales of Amazon's Kindle Fire HD, which is currently on sale in the UK for £129.

The price slash isn't the only piece of good news for Nook fans or potential buyers. It was recently announced that the tablets, which run on Android 4.0, have been given access to Google's Play Store, giving them access to the full selection of apps, movies and music.

The tablets offer up to nine hours' video time and 11 hours of reading time, and a number of Nook-only applications, such as Nook Cloud (designed to store all purchases made from Nook), Scrapbook and IQ Recommendations.