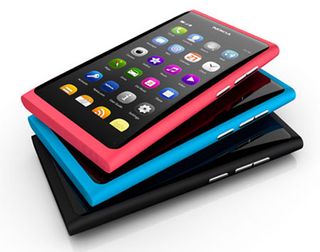 Nokia has unveiled its new N9 smartphone, which will be the first and last to use its own Meego software – a Linux-based mobile operating system – before it switches to Windows Phone 7.

"Our primary smartphone strategy is to focus on the Windows phone," Elop, who moved to Nokia from Microsoft last year, said at a telecom conference in Singapore.

Back to the N9. It's available in black, cyan and magenta and has a 3.9in OLED touchscreen.

Our colleagues at Stuff.tv reckon it will also be kitted out with social networking integration, web browser, an 8MP Zeiss camera with HD video recording, and the choice of 16GB or 64GB models.