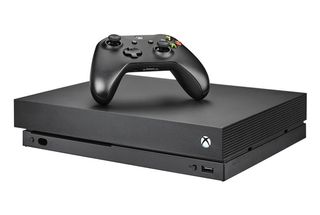 Alongside Amazon Prime Video, Netflix and, lattery, the BBC iPlayer, YouTube is fast becoming one of the leading places for 4K content. And since the Xbox One X sees itself as a home media centre as well as a games console, a marriage between the two seems very fitting.

So it's nice to see that, from today, the X is receiving an updated YouTube app supporting 4K video up to 60fps. The update is only for Microsoft's top console, leaving those with an Xbox One or Xbox One S behind.

And, unfortunately, it doesn't come with HDR skills, so those waiting for the premium viewing experience will have to wait a little longer - an HDR update is due "soon". "Soon" is also the timescale for for the Xbox One S to receive its 4K/HDR YouTube update.

Still, it's nice to see that some companies can still play nicely with YouTube...

PS4 Pro vs Xbox One X: how do they compare?