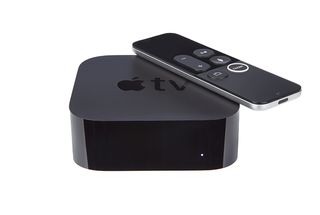 The Apple TV finally has an Amazon Prime Video app - it's available to download on third-generation or later Apple TV devices. While it doesn't appear to be pushed to the front page of the tvOS AppStore at the moment, a quick search will bring it up and have it installed in no time.

This could mean we see the Apple TV return to Amazon's storefront, as CEO Jeff Bezos said the company would not sell the streaming box until the app was available on it.

As this hatchet is buried, another is being sharpened - but this time it's between Amazon and Google. Google recently pulled YouTube off the Echo Show (an Amazon Echo device with a touchscreen) citing a violation of its terms of service. The uncharitable, however, might suspect it could also be due to Amazon's refusal to list Google Chomecast products on its website.

Now YouTube is being taken off Amazon Fire devices, Google saying the service will be unavailable from January next year. Google is clearly hoping this will be suitable leverage to open further discussions with Amazon - in the meantime, customers will have to endure the consequences of these two companies throwing their weight around.

As one door opens another closes, it seems...

What is Google Chromecast? Which speakers and TVs are supported?