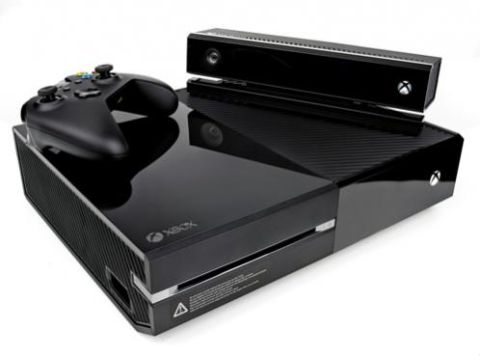 As ambitious a games console as there’s ever been, but the Xbox One doesn’t yet live up to its enormous potential

The Xbox One. While the hardcore gaming community got all in a tizzy over the prospect of a Kinect-toting, TV-integrating all-in-one entertainment device, we were getting rather excited. Next-gen gaming integrating your PVR via voice control?

Alas, in reality the Xbox One is not the harmonious melding of two worlds we were hoping for, but we can’t help but be impressed by the attempt, and it’s a great games machine all the same.

It’s a shame it looks so dull, though, and it’s huge compared with the PlayStation 4. Microsoft has prioritised airflow to maximise reliability, but only time will tell if it’s any more or less reliable than its arch rival.

MORE: PlayStation 4 vs. Xbox One

We aren’t blown away by the user interface, either. It’s a mash-up of the Xbox 360 dashboard and Windows 8, and the constantly shifting (and all too-similar) icons on the Home tab make navigation less instinctive than it should be.

You can at least Pin apps, features and games to the tab on the left for quicker access, though.

Microsoft’s intention is for you to engage with the One using voice and gestures, which is why the Kinect camera is included with every console.

Sitting within 2m is still the recommended distance but we found it still worked from as far as 3m away, too.

But it’s not perfect. Kinect understands you and responds instantly around nine times out of every ten, but that tenth occasion is so frustrating that you’ll find yourself bellowing at your telly.

In the long-run you’ll use voice commands for a handful of features, such as Snapping apps (more on that later) and capturing gameplay videos, but the rest of the time you’ll stick to the gamepad, and that’s a great shame.

The TV features and Kinect might have piqued your interest, but you’re presumably buying an Xbox because you want to play games, and you’re unlikely to be disappointed by the Xbox One’s launch offerings.

Forza 5 is a cracker, and the glorious 1080p visuals running at silky 60fps are a great advert for the Xbox’s power.

Ryse is similarly spectacular, even if its gameplay tires quickly. The on-paper disappointments are Dead Rising 3, Call of Duty: Ghosts and Battlefield 4, which all run at 720p.

What’s especially troublesome is that the two that are also available on PS4 (CoD:Gand BF4) appear in 1080p on Sony’s console, but we challenge anyone to not be impressed by the overall graphical presentation. Make no mistake, these are games that could not exist on Xbox 360.

If you decide to ignore Kinect, at least the gamepad is a good one. The visible tweaks over the Xbox 360 pad are fairly minor, but this is even more precise and ergonomic than before.

Only the slightly cheap feel of the D-pad and the fact that it still takes AA batteries disappoints – surely a bundled Play & Charge kit isn’t too much to ask for?

So, the TV integration. Here’s the thing: it’s both the most intriguing and most disappointing feature of the Xbox One. Plug your PVR into the HDMI input on the back of the console and you can watch TV through the One’s TV app.

Why? So you can instantly switch between that and every other app and game, and so you can operate your TV using voice control.

Except you can’t do that in the UK because you need the OneGuide, an EPG-like extra layer of integration between the Xbox One and your TV supplier that’s not available over here.

In the UK, once you’ve opened the TV app you’ll need to reach for your PVR’s boring old zapper. It’s especially annoying because the One already knows your original remote’s IR commands because you gave it the remote code during setup (pro tip: the code for Sky+HD is 1175).

Talking of IR, the One can turn your TV and AV amp on and off, which means the dream of being able to turn your whole system on with a two-word utterance – “Xbox on” – is now a reality.

It works brilliantly if you have a simple system, but it’s too limited for complicated set-ups because you can’t teach it extra commands or macros. You’ll need the original remote again if your amp or TV is on an input other than the Xbox’s.

There’s a similar mix of good and bad news if you like video on-demand. Netflix, LoveFilm and 4oD are onboard at launch, but BBC iPlayer and Sky aren’t, despite their presence on the Xbox 360.

You do at least get Xbox Video, though, which has a vast range of movies and TV shows available on a pay-as-you-go rent or buy basis, right up to 1080p if your connection allows. You won’t mistake it for Blu-ray (we experienced a little judder), but the quality’s still good.

Speaking of Blu-ray, it is thankfully supported this time. A standalone player such as the Award-winning Sony BDP-S790 produces a slightly crisper picture and more dynamic sound, but the Xbox One is a perfectly respectable disc-spinner.

It’s very quiet too, with no background whirring to spoil your movie soundtrack – which is, incidentally, always output as linear PCM, with conversion of DTS-HD Master Audio and Dolby TrueHD occurring in the console.

There’s so much going on here that you’ll frequently find yourself wanting to open a number of apps at once, and that’s something that the Xbox One supports with its Snap feature.

Saying “Xbox, Snap…” followed by the name of a Snappable app will split your screen so that the right-hand quarter is given over to the new app. So now you can watch TV while playing a game, or keep track of what your friends are playing while you watch a movie.

But it’s not without issues. You can’t adjust the volume of the two apps independently, so you can’t watch the football on mute and concentrate on Forza, for instance. Volume levels for TV and Xbox Music are very high too, so they drown out game sound effects.

The fact that you lose half of your screen to pictures of a band just to listen to their music while doing something else is daft, too. It’s yet another feature of the Xbox One that could and should be brilliant but is badly hampered by imperfect execution.

The Xbox One is a hugely ambitious console, and in time it might realise its potential via software updates.

Right now it’s just a very good games console. For the time being, that could be enough.

MORE: The best Xbox One deals