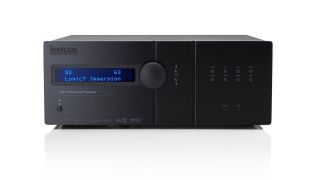 Support for the new licensing and certification home entertainment program, which combines 4K HDR content digitally re-mastered by IMAX with DTS’ premium audio technologies (such as DTS:X), has been steadily growing since it was announced last September.

Lexicon joins Sony Electronics, Sound United (parent company of Denon and Marantz), Arcam, Elite, Integra, TCL, Onkyo and Pioneer, as well as Sony Pictures, Paramount Pictures, Rakuten TV and FandangoNOW, in the backing of the technology, so IMAX is certainly making encouraging waves in the home cinema consumer space, both with hardware and content.

In December, IMAX documentaries Journey to the South Pacific and A Beautiful Planet were the first IMAX Enhanced Ultra HD Blu-ray discs to be released.

Sony Pictures will release Venom and Alpha and 13 other confirmed titles via digital retailers, and Paramount Pictures will launch its initial titles this year too.

How will it compare to Dolby's established Atmos and Vision presentations? We look forward to finding out.

Inside the UK’s first Dolby Cinema: 400 speakers, Dolby Atmos and a Compton organ

The What Hi-Fi? guide to the best films and TV shows to test your system