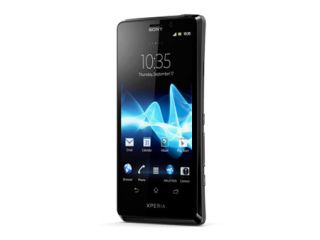 Sony has revealed the Xperia T – its latest Xperia smartphone – at IFA in Berlin. The dual-core Android phone is set to feature in the new James Bond film, Skyfall – and is the flagship model in the Xperia range, which is expanded to include Xperia V and J models too.

The Xperia T comes with a 1.5 GHz Qualcomm Krait dual-core processor, 1GB of RAM and a 1850 mAh battery, and will run Android 4.0 Ice Cream Sandwich at launch – no Jelly Bean for 007.

Its 13MP camera features 16x digital zoom and Sony's Exmor R image sensor, and will shoot full 1080p video. According to Sony it'll fire up in under a second. The Xperia T also packs a 720p front-facing camera for video calls. 16GB of onboard memory plus up to 32GB of microSD storage should mean you have plenty of room for films, music and your own photos.

Like its Xperia stablemates, the Xperia T features NFC tech that you can use with Sony's Smart Tags, and for mobile payment. With an adapter, you'll also be able to mirror the screen on an HDTV – handy for showing off the PlayStation Certified games.

Available in black, silver and white, the Xperia T will launch later in the year.