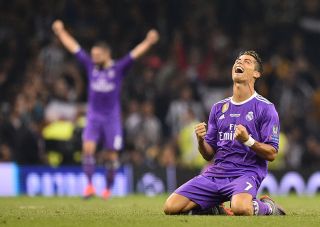 Facebook might be spending millions on making its own TV shows, but that's only the start of its television aspirations. The social network company has signed a deal with broadcaster Fox to livestream Champions League football matches in the US.

The deal will see more than a dozen games being streamed in the US from September onwards, including double-headers in the group stage and quarter-finals, Bloomberg reports.

Fox usually shows some games through its internet-connected apps, but under the terms of the deal, some of these matches will be shown exclusively on Facebook.

This isn't the first time Facebook has delved into football broadcasting. Earlier this year, it signed a deal to air live games from Mexico's top football league. But the Champions League deal is the biggest sign yet of the company's intentions.

In other TV/sports news, NBCUniversal is to allow viewers stream live Premier League matches without a cable subscription. Instead, viewers can pay $50 for a Premier League Pass, which will give them access to 130 live matches. Which sounds like a bargain when you consider how much you'd pay for a subscription to Sky Sports or BT Sport here in the UK.

With Sky also set to overhaul its sports offering, the sports TV landscape appears to be shifting...

The best TVs of he 21st century