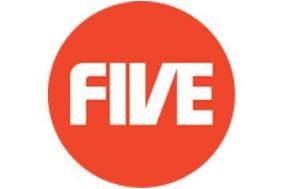 The public service broadcaster will transmit popular shows such as CSI and FlashForward in high definition on the Sky platform, as well as soaps including Neighbours and Home & Away, international cricket and live Europa League football, as well as blockbuster movies.

The addition of Five HD brings the total number of high-definition channels on Sky to 42. Last week the satellite broadcaster announced ITV1 HD would be added to its service on April 2nd, and says it plans to have 50 HD channels by Christmas.

Charles Constable, Five's Director of Strategy, says: "This is an exciting opportunity for Five. Our programme schedule is more suited to HD than any other major free-to-air commercial broadcaster, given the wide range of high quality series we broadcast, such as our top-rated line-up of US dramas. We're delighted to begin our HD journey with Sky."

This contrasts with Monday's announcement from Ofcom which said that Channel Five had failed to give it a launch date or programming schedule for the proposed HD channel.

The slot reserved for Channel Five on Freeview HD will now revert to the BBC.