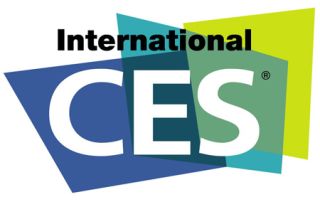 Since 1967, the Consumer Electronics Show (CES) has been the annual curtain-raiser for the brand-new products and technologies that manufacturers and service providers hope will tempt you to try and buy.

But in a world where even consumers in booming economies - let alone those in struggling ones - are becoming more discerning about splashing their cash, how does the CE industry plan to get us spending in 2012, and beyond?

Shawn Dubravac, Chief Economist and Director of Research at the Consumer Electronics Association (the CEA; producer of CES), identifies three key trends: interfaces; personalisation; and the morphing of computing (traditional computer-based functionality migrating to a much wider range of CE devices).

Dubravac has dubbed 2012 as 'The Year of the Interface', with products becoming more natural to use - via further development, for example, of voice- and gesture-commands, plus honing of on-screen inputs of all kinds.

For example, although internet-enabled TVs have been popular, the interfaces haven't been the best; this is set to improve. The next generation of connected TVs - and their successors in turn - should help us move towards on-screen, universal searching of all our media content: that on our home network, on the internet and even broadcast material.

And it's not just about better software interfaces; physical ones are set for a boost, too, with wireless connectivity and interaction being more prevalent at CES as a theme than ever before.

As well as a boom in devices supporting Apple's AirPlay wireless streaming system, it's predicted there'll be massive growth in other wireless solutions, including in wireless headphones. Devices making use of the low-power requirements of Bluetooth 4.0 are expected to be abundant here at CES 2012.

Simpler, cable-free connectivity and better software interfaces should enable consumers to focus on (and enjoy!) their end goal - from communication to entertainment - with less technology getting in the way, Dubravac believes.

"People ask me what the home of the future will look like - I tell them it will look pretty much like homes of the past: technology is evolving to fade into the background so it's less visible, yet more accessible and seamless than ever, " he says.

He adds that technology has gone on a journey from birth to complexity to simplicity to a much more natural experience - which is where gesture and voice control comes in.

This fits very neatly with the strong rumours that Apple is planning to develop the Siri voice command system from its Apple iPhone 4S for use in a new range of Apple iTV sets.

This time it's personal

Personalisation is the next key trend. Already well underway - spurred by everything from MP3 players to Smartphones - this trend is set to escalate further as services as well as products evolve to (hopefully!) deliver exactly the features and content we want.

Dubravac explains: "Content and kit used to be pretty universal - so, radio and TV shows were watched by people at the same time, on products that were roughly the same. But that's splintering. For example, even if we have the same model of phone or tablet, we have different experiences, because we've been able to customise them with apps - in terms of content and usability, they're unique to us."

Timeshifting devices like Sky+ and Tivo also started the trend of watching what you want, when you want - now even more intense with the advent of catch-up TV and video-on-demand, extending (via Apps and the internet) to being able to watch WHERE you want, too.

That leads neatly onto the third trend: the morphing of computing; pushing computing functionality into multiple non-core devices.

Everything from Smart TVs and home appliances (such as the new Nest thermostat, above, which can be controlled from just about anywhere, even if you're not in the house) are great examples of this, as are music and video servers with no requiremet for a computer.

Interconnectivity - rather than powers and endless features lists - are key to modern computing, especially with cloud storage making it easier than ever to access a wide range of content remotely.

Despite very many of the 100+ tablets launched at last year's CES either failing to actually come to market, or to sell if they did ship, there are expected to be another 50 tablets making their debut in 2012, along with 30-50 ultrabook laptops (design-led; ultralight).

Will they fly this time, unlike HP's TouchPad (above), which ended up massively discounted? Dubravac says: "The key is to what degree something substitutes for something else - e.g. if you have a tablet, do you no longer use a laptop at home - and in what ways does it offer something unique."

Media servers are expected to be big news, too - not just distributing media around your home, but to a variety of devices, regardless of their location. In short, products like Slingbox taken further.

Dubravac summarises. "We're going into a new decade of digital transition - we've been busy capturing all these digital assets; the next big step is to organise them and search them in a universal fashion."