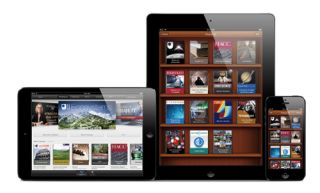 UK consumers could see the price of music downloads rise by a quarter from 1 January 2015 as a result of new measures outlined by chancellor of the exchequer George Osborne in the recent budget report.

Online retailers such as Amazon and Apple currently take advantage of a tax loophole allowing them to sell UK digital downloads through low-tax countries like Luxembourg.

The chancellor however has said "consumer supplies of telecommunications, broadcasting and e-services" will see a tax rate applied depending on the country of purchase.

It means that digital downloads of music, books and other related products will incur the UK's VAT rate of 20 per cent – compared with some other countries, where tax rates are as low as 3 per cent.

The Telegraph says 15 per cent is the current VAT rate on music downloads, with the lower 3 per cent rate applied to e-books. The move could generate an extra £300m a year for the Treasury.

Meanwhile, The Guardian, quoted previous research from Greenwich Consulting that claimed the London 2012 Games could have been financed by VAT lost on digital sales between 2008-14.

It isn't yet clear if online retailers will pass on the price increase to customers in the UK, but it could be worth getting ready for an end to the 99p music download next year.

The move may also encourage Apple to move iTunes into the streaming business if customers move away from more expensive downloads.