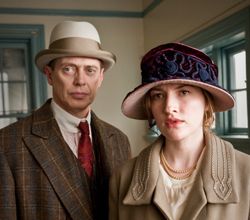 Elsewhere over 1.6 million customers have downloaded the Sky Go app in its first three months, while the number of HD customers rose by 771,000 year-on-year and by 103,000 in the last three months.

There was no mention of any figures for the number of people taking the Sky 3D channel, however.

HD subscribers rose by 103,000 in the last quarter, taking the total number to over 3.9m compared to just under 3.2m this time last year, while the number of multiroom users up 45,000.

Sport continued to be crucial to Sky's appeal, with Premier League audiences up on average by 18% year on year, while Champions League matches featuring home nation teams increased by 27%.

"Customers can look forward to more outstanding TV as we step change our investment in new British comedy and drama, begin coverage of Formula 1 and continue to offer the best US shows like Glee, Terra Nova and Boardwalk Empire."