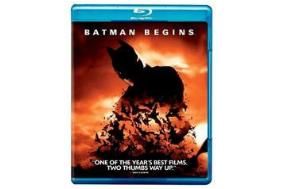 If sales do reach the expected level in the US by end-2008, that will be a 400 per cent increase over last year – helped enormously, no doubt, by the demise of rival format HD DVD.

In Europe, awareness and takeup of Blu-ray is still small, says Futuresource, with Blu-ray expected to take 2 per cent of the overall market in the UK and France this year, with an increase to 5-6 per cent in 2009.

What has been disappointing to date for the content companies has been the lack of catalogue sales, although the studios are showing no signs of reducing their interest in catalogue product. "All eyes are on Warner's initiative to cut catalogue prices," says Mai Hoang, alead analyst in the Futuresource Home Video team. "Other studios are going to be watching consumer reaction to this very carefully."

Futuresource says it would be "amazed if we don't see a Blu-ray player in the US at or below $250 by the end of this year. In the UK we expect player prices to fall to around £149 and there may be one or two companies trying to better that."