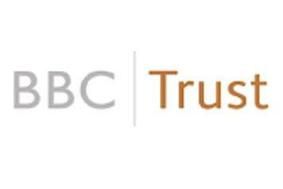 That content would come from the BBC, ITV, Channel 4 and Five, as well as other broadcasters.

The proposal, which will now be examined by the BBC Trust to ensure it meets the corporation's public service broadcasting remit, could see boxes selling for between £100 and £200 at launch next year. These would interface between an existing broadband connection and the TV, to provide both live and on-demand programming.

Among the standards set by the proposal are:

- That the system should be HD-ready, so services such as the BBC HD channel can be accessed
- An expectation that the devices will have onboard storage, allowing PVR (personal video recorder) functionality
- An EPG, allowing rapid access to both 'live' and on-demand material.

Stumbling blocks to be overcome, apart from that public value test, will include the implications of the demand placed by such devices on the existing broadband provision in the UK.

Among the suggestions are limitations on the amount of HD content available for live viewing, and the adoption of downloading for subsequent viewing, such as the overnight downloads model.

Originally discussed in the context of HD Freeview services, this would make use of periods when there is less traffic on the broadband network.

You can read more about the proposals, and submit your own opinions, at the BBC Trust website.