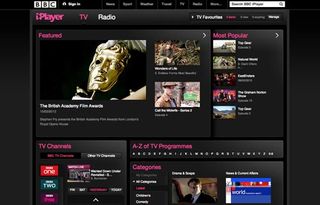 The BBC plans to show selected TV programmes on iPlayer before they air on TV, in a 12-month experiment.

The trial will see 40 hours of programming make its debut on BBC iPlayer rather than BBC TV, a move that will test the strength of online TV viewing.

BBC iPlayer already allows you to watch live TV on some channels, and selected programmes, but this will be the first time that content (other than selected TV pilots) has aired first on iPlayer.

It is as yet unclear which shows will air during the trial or when the trial itself will start, but it points to a future where online is no longer purely the domain of catch-up TV.

This gave Netflix customers an exclusive - the programme won't be shown anywhere else - and showed that the company won't always have to wait for content partners to allocate TV programmes and films in future.

BBC’s online-only TV content has previously been restricted to pilots for new shows. One example of this is the BBC Three comedy Impractical Jokers.

In 2012, 36.5 billion minutes of programmes were watched on iPlayer, with mobiles and tablets seeing year on year growth of 177%. However online viewing still takes up only around 2% of the Beeb’s total viewing figures.

Watching live TV could give that a further boost, though it's worth remembering that ro view live TV, including online, you do need a TV license.