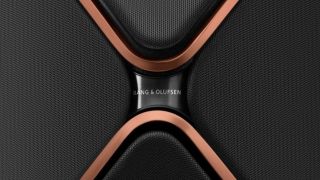 Good news for Xbox fans: Bang & Olufsen has announced it is partnering with Microsoft to deliver a "high end audio proposition" for Xbox gaming.

With the Xbox Series X release looming – the next-gen Xbox console is set to go on sale by the end of 2020 – B&O has been enlisted to help establish a new audio offering specifically designed for Xbox.

Bang & Olufsen tweeted the news (below), along with a tantalising image (above). The Danish premium audio brand promises the collaboration will "create a new audio proposition to cater for the high-end segment within gaming, by leveraging on Bang & Olufsen’s core capabilities of sound, design and craft. This will include 'Designed for Xbox' functionalities, which will ensure seamless connectivity and an enhanced user experience."

The news marks the first time B&O has set foot in the gaming sphere. Vice president and head of product management at B&O, Christoffer Poulsen, said: "By entering the gaming industry, we want to do what we do best: delivering outstanding sound performance wrapped in astonishing design and solid craftmanship."

"In Xbox we believe we have found the ideal partner to realise that potential,” he added.

Matt Kesselring, head of hardware partnerships at Xbox, hinted that the product would be portable too. “We’re excited to partner with Bang & Olufsen to bring a new premium tier of gaming audio to market for Xbox and Bang & Olufsen fans around the world that travels with you everywhere you love to play Xbox,” he said.

While that's all we have to go on right now – no word on whether we should expect a gaming headset or wireless speaker optimised for Xbox Series X – we do have a firm promise that the two companies will share more information when available. And, given that this is a B&O product, we shouldn't expect a budget-conscious price-tag...

PS5 games reveal rescheduled – and there's not long to wait