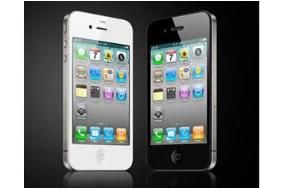 So there you have it. No recall (we'd have been surprised if there was), but a free case for every user and a full refund if you're not happy.

AT&T in the US will give full refunds on contracts. No word on what the UK operators will do yet.

No refund on third-party case because "there's a very small number out there," says Apple.

"We were stunned and upset and embarrassed by the Consumer Reports stuff that came out this week, but we didn't need that to tell us to take care of our customers."

What about reports that some Apple engineers warned that the antenna design was flawed? "That's a crock, and we've challenged them to show proof of that. If anyone had said this thing had problems, we'd have dispatched people to deal with that issue."

Jobs doesn't think he needs to apologise to his investors.

"So the heart of the problem is, smartphones have issues, and we made it easy to exploit the issue by showing people where to hold the phone to cover the antenna.

"But the data supports the fact that the iPhone 4 is the best smartphone in the world, and there is no Antennagate... there is a challenge for the entire smartphone industry to improve its antena technology so there are no weak spots."

Jobs has a couple more updates: The white iPhone 4 will start shipping at the end of the month. And they're tracking some problems with the proximity sensor and "working on it".

On July 30th, they'll start selling the iPhone 4 in 17 more countries, with the exception of South Korea.

"We think this has been blown out of all proportion. So here's what we're going to do. The first part is the software update, that fixes the way the bars report and other bugs, that's done. Second, we'll give every iPhone 4 buyer a free case. If you've got one already, we'll give you a refund."

"We can't make enough bumpers. No way can we make enough in the quarter. So we're going to source some cases and give you a choice.

"Even though we think the iPhone 4 is superior to the 3GS antenna... it drops more calls than the 3GS. We're being transparent. So how many more calls does it drop than the 3GS? Less than one additional call per 100."

Jobs has his own theory about the problem: more than 80% of 3GS buyers bought a case with the phone as it was the same design as the old one. But the new model doesn't fit existing cases, so only 20% of customers bought one.

"And we had a reporting error – we screwed up on our algorithm. Our choice was to put the correct algorithm in. And we did that with the new [iOS4.0.1] software update."

Jobs claims just 0.55% of iPhone 4 customers have complained about the issue. That's around 1500 people. Return rates on the iPhone 4 are less than a third of returns on the 3GS. Jobs is in combatitive mood.

"We started getting reports about issues with the antenna system, and the problems, people were seeing a large drop in bars. This was 22 days ago... we haven't had our head in the sand.

"We are an engineering company, and we want to find out what the real problem is. We've been working our butts off so we can come up with some real solutions."

Jobs shows video of other phones, including Blackberry, HTC and Samsung, dropping reception if held in a certain way.

"Most smartphones take a hit in exactly the same way. These were all tested in areas of relatively weak signal strength. Every phone has weak spots."

Jobs arrives on stage and says he'll start with a 15 minute presentation. "You know, we're not perfect. We know that, and you know that. And phones aren't perfect either." Ah ha!

"The iPhone 4 is perhaps the best product we've ever made at Apple. We've sold well over three million since we launched it three weeks ago. It has the highest satisfaction rating of any smartphone out there."

Conference kicks off in light-hearted mode with the iPhone Antenna song on YouTube.

The countdown has begun as Apple prepares for a press conference it probably wishes it didn't have to give.

In case you've just joined us, there's been a bit of a furore about reception problems with the new iPhone 4 and Apple's response to it. Full background details in our original News story.

We'll bring you the news as it breaks from Apple's California HQ. No word yet on whether Steve Jobs himself will appear, or if he'll send one of his minions to carry the can.