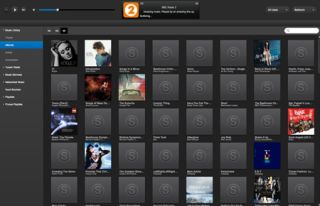 The Guardian is this morning reporting that Apple has signed two of the four major music labels – EMI and Warner Music – for its rumoured iTunes digital streaming service.

And there's speculation that Universal Music and Sony Music are close to agreeing terms for Apple's iTunes upgrade too.

However, neither company managed to sign a license agreement with any of the big record labels, so it appears that Apple may have stolen a march on its rivals.