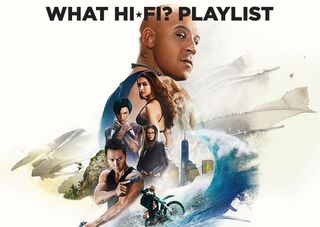 A mash-up of extreme sports and Roger Moore-level Bond plots, the original film was daft and ridiculous in equal measure.

The Return of Xander Cage doesn't let up in those stakes, after all this is a film where Diesel's Cage rides a modified motorcycle over an ocean.

Quite why anyone would want to do this is not clear, but that would be missing the point. It's an implausible set-up, but just one of the reasons why the film has a strangely endearing charm.

Logic and sense soon give way to ludicrous action set-pieces and terrible jokes - tongue is firmly lodged in cheek here.

Though it's a film you're meant to laugh with, not at, the distinction is fuzzy at times. Take it with even an ounce of seriouness and you're bound to have no fun with the hijinks on show.

The motley assemblage of actors serve as caricatures, but are fun enough in their roles that they give the film a sense of self-awareness and help keep the tone the right side of daft. We can't get over Kris Wu's Nicks, whose super ability is described as "having a good time".

Director DJ Caruso gives all the characters Suicide Squad-type introductions, which are bonkers, but in keeping with the film. And lest we forget, Barcelona star Neymar Jr makes an appearance too.

As an A/V package, Return of Xander Cage is impressive. Its Dolby Atmos track, which downsamples to TrueHD 7.1 if you don't have the appropriate gear, generates an immersive, thunderous soundtrack right from the opening credits.

The surrounds are well done, with foreground and background effects distinct without losing clarity. At one point we thought there was a fly in the room, only to realise it was the film.

Dialogue is prioritised through the centre and, considering the number of accents on display, is clear. The low-end is satisfying and the design of the track itself is impressively layered.

The use of high-tempo comtemporary music makes for a boisterous listen, and in the last big action sequence, the sound of gunfire reverberating is excellent. When Xander Cage goes loud, it goes really loud.

Visually, it's a touch less impressive. Black levels are good, though not quite inky black. Skin tones seem a touch overcooked, but that could be down to the film's orange hue.

Colours are bright and impressively realised and detail levels are consistently good. You can even see skin pores, and if you really want to, what looks like deodorant spray under Vin Diesel's armpits.

The CG does look quite unconvincing in some scenes but, despite that, it's a fun, vibrant looking effort.

It's unlikely to be one you'll want to watch over and over again, but it's a fine-looking, excellent-sounding film nonetheless. If this type of escapist entertainment floats your modified, ocean-riding motorcycle, then there's plenty of enjoyment to be had here.