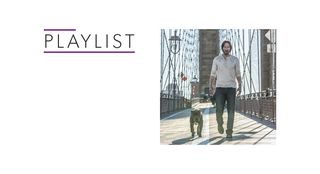 John Wick: Chapter 2 is like a spiritual continuation of The Matrix.

All the elements are here: Keanu Reeves playing an ultra-violent protagonist with a mysterious pseudonym; on-going battles against rival agents; and the appearance alongside Reeves of Lawrence Fishburne, playing crime lord The Bowery King.

The only thing that's missing is the virtual reality.

John Wick: Chapter 2 follows on from the events of the original John Wick, in which Keanu Reeves plays an ex-hitman who is about to quit the game and get married. However, before he retires, he is asked to perform an 'impossible task' by mob boss Viggo Tarasov.

Wick's marriage is short-lived, and when his wife dies, she gives him a puppy to help cope with her death. Wick then encounters Viggo's nephew, Iosef, who wants to buy Wick's vintage Mustang.

After Wick refuses, Iosef comes to his house, steals the car and kills the dog, provoking a rampage which drives the plot of the first movie.

Wick eventually kills both Iosef and Viggo and goes looking for his car, which he finds at the start of John Wick: Chapter 2. So this should tie up all the loose ends? Not quite.

Before retiring, Wick asks Italian crime lord Santino D'Antonio (Riccardo Scamarcio) for help completing the impossible task, and D'Antonio contacts Wick to ask him to pay back the favour.

Wick obliges, but D'Antonio tries to assassinate him to hide the evidence. This doesn't go to plan, and rampage number two ensues.

As you might have gathered, John Wick: Chapter 2 isn't a film that takes itself seriously, and it's stupendously entertaining because of it.

The fight scenes are bigger, and better choreographed, and the expansion of the movie's internal rules about what assassins can or can't do makes for higher stakes.

It doesn't have quite the same tight-knit feel of the first film, but you can sense the momentum building to an explosive conclusion, both in this film and in the franchise overall.

However, while the film may be entertaining, it may also provide your 4K HDR home cinema system with a proper test, particularly if your set-up isn't adept at showing off dark detail.

The film contains a number of scenes where Wick fights his way through gloomy clubs or dingy sewers, and even the combination of our impressive Samsung UE65KS9500 and Oppo UDP-203 - while providing a clear image in the light - can't pick out much detail from the darkness.

The image is distinctly lighter on the Blu-ray than its Ultra HD equivalent, but you don't get the same depths to the darkness. The moment the film returns to the daylight, the comparable lack of hues is clear.

As it's a neo-noir flick, Dan Laustsen's cinematography doesn't contain many bright, punchy colours. You'll have to make do with the crispness of shirts or the subtlety of torchlight to get a sense of white detail. When it does appear, however, it is reasonably sophisticated.

The film was shot digitally with Arri Alexa XT cameras - which have a 3K resolution - and while it has been upscaled to 4K, it's still pretty insightful.

When Wick stands in the rain, you can make out the texture of his sodden suit. And when the camera zooms in on Wick's face, just before a tense fight scene on a train, the film reveals the details in the smears of blood and sweat.

John Wick: Chapter 2 gives you more fun with its sound on the Ultra HD disc. It comes in Dolby Atmos on the 4K disc, or DTS-HD Master Audio 5.1 on the Blu-ray.

And, much like the original John Wick, the soundtrack is balanced between sonically sparce, quiet scenes, such as when Gianna D'Antonio (Claudia Gerini) prepares for an extravagant bath and confronts Wick, and loud blasting beats packed with powerful horns that start the movie off.

The twangy guitars and tight bass in the opening scene, bullets bouncing off walls and the crumble of debris are nicely organised, making for a satisfyingly spacious soundstage.

John Wick: Chapter 2 even manages to top the infamous club scene from the first film, with Wick eliminating a number of targets in the middle of a concert.

You'll also need something that can handle the small scale dynamics well; there's a lot of detail in the little noises of Gianna's dress rustling as she walks, or the tiny clicks as she undoes the zip on its back. Wick's gruff voice, conveying his repressed emotions as he talks about his dead wife, needs to be managed with sophistication too.

The dialogue through our speaker systems centre channel comes across well, although since this film is focused on intimate threats and whispered secrets, there are few opportunities to test out your set-up's handling of space. For that, we'd recommend something like Deadpool, which has a similar sense of violence and fun.

Recommending John Wick: Chapter 2 for movie fans is pretty simple: if you enjoyed the first film, you'll enjoy this one. Essentially, it's the same thing, but more of it and better too.

As a 4K HDR test disc, while it does well in the bright scenes and has a great amount of detail for your system to handle, there isn't quite enough attention to detail in the deep blacks to give your TV or projector a full workout.

The Dolby Atmos sound is enjoyable, with that extra height adding to the immersion of the movie.

We're definitely looking forward to the next one - we just hope they've stopped trying to kill dogs.