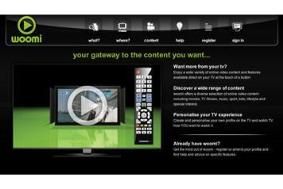 Latest to join the fray is Woomi, a new IPTV platform that aims to make streaming movies and TV shows as simple as channel hopping.

It's initially available in the UK as an app for Samsung's Internet@TV service, but will be rolled out across Europe during 2011.

Essentially Woomi acts as an off-the-shelf platform for TV manufacturers and set-top box makers to expand their range of video content and make it available on Woomi-enabled devices.

Content includes films, music, TV shows and sport, although don't expect a bevy of Hollywood blockbusters. "Our aim is to make a broad selection of free and low-cost pay-per-view TV shows and films available with just a few clicks of the remote control," says Woomi.

TV rentals start at 99p, with most films are £1.99. All content is in standard definition.