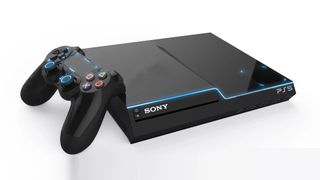 Sony recently alleviated fears of any delay to the PlayStation 5's 'Holiday 2020' release date (albeit games may be delayed), but according to a new Bloomberg report we could see 'far fewer' units produced in its first year than with previous PlayStation consoles at launch.

People familiar with the matter who wish not to be identified have reportedly told the publication that Sony will limit the PS5's initial production run, despite production capacity unaffected by the Coronavirus pandemic.

The report states that the Japanese tech giant has told assembly partners it plans to make 5 to 6 million PS5s by the end of March 2021. By comparison, 7.5 million PS4s were sold in the first six months after it launched in 2013, with nearly 6 million PS3s shifted in a similar post-release period.

Supposedly, this limited run is partly due to the company expecting the PS5’s top-end specs and high launch price to affect demand. The PS5 is expected to be between £499/$499 and £549/$549. An earlier Bloomberg report suggested that Sony is struggling to keep the cost of the PS5 down due to the high cost of components (especially the DRAM and NAND flash memory). Reportedly, this means a manufacture price of $450 (£350), and that will lead to a higher ticket at retail too.

The report also states that Coronavirus has impacted Sony's marketing plans for the PS5, with a PS5 release date and price reveal event in jeopardy "due to infection fears" and current worldwide lockdown measures.

Production volume figures could change depending on the pandemic, the people said. A Sony spokesman declined the publication's request for comment.

DualSense is the new wireless controller for the Sony PS5