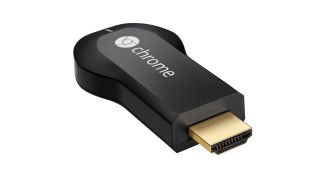 Google is winding down support for the original Chromecast video streamer. Its future updates will be limited to fixing security flaws and bugs, Google has confirmed.

The original Chromecast launched in 2013 and has since been replaced by a newer model and complemented by the 4K-compatible Chromecast Ultra and (since-discontinued) audio-only Chromecast Audio.

Now 9to5Google has spotted that the original version is running on a much older version of Google's Chrome web browser than its newer siblings.

When asked whether the original Chromecast would continue to be updated, Google replied: "Chromecast recently celebrated its 6th birthday. We’re thrilled that some of our earliest adopters are still enjoying the first-generation device, and we continue to update it with bug and security fixes."

So there you have it, "bug and security fixes" means no major updates appear to be on the horizon. Still, the six-year-old device should continue to work as normal for the foreseeable future.

For those reading this and considering an upgrade to the latest version, the Chromecast now costs £30.

What is Google Chromecast?