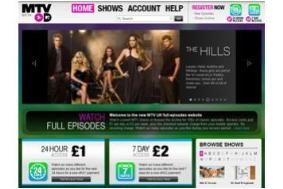 Users in the UK will be able to to pay £1 for one day or £2 for a week's access to as much programming as they want. Payment can be made via SMS, with PayPal payments to follow.

MTV OD will give access to current shows such as Jersey Shore and My Super Sweet, as well as 'classic' shows such as The Real World.

While the service will be restricted to PC and Mac computers for now, MTV is looking to launch on other platforms later this year.

Philip O'Ferrall, senior vice president at MTV Networks International, said: "We are launching MTV OD in response to the tremendous demand for full length content on our websites.

Viewers can choose to watch current MTV shows or to browse our archive, allowing them to enjoy classic episodes and even discover iconic shows they may not have previously heard of."