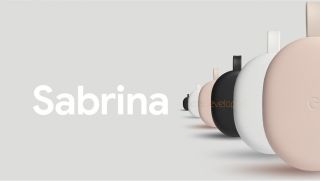 Google's next TV dongle could cost just $50 (approximately £37, AU$70), according to a fresh leak. Codenamed 'Sabrina', the video streaming device is thought to be the follow-up to Google's Chromecast Ultra. Internal listings from various US retailers – seen by 9to5Google – peg the device at between $49 and $59.

That would make it more affordable than the 4K-capable Google Chromecast Ultra it is thought to replace. It would also see it more or less price-match the Roku Streaming Stick Plus and Amazon Fire TV Stick.

The device is thought to come with its own remote control, eliminating the need for a dedicated app on your phone. The remote should feature a microphone and a Google Assistant button for voice controls.

Sabrina should launch alongside the Google Pixel 5 and Pixel 4a 5G phones and the Google Nest wireless speaker at the firm's upcoming Made by Google event. Android TV is also expected to get a refresh, being rebadged as Google TV and with YouTube TV and Nest integration.