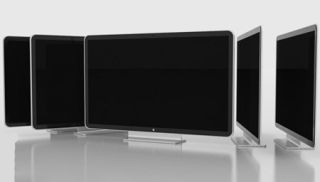 Several websites are reporting this morning that a Best Buy customer survey sent out in the US mentions the "Apple HDTV".

The retailer asks its customers what they feel about the proposed Apple TV, which its says will run iOS, support iCloud, be controllable via an iPhone or iPad, and have access to Netflix, YouTube and Flickr. There will be support for downloading and using apps on the set too.

Best Buy also claims it will have an iSight camera for Skype video calling, which seems odd given that Apple uses its own FaceTime on other devices.

Equally surprisingly, there's no mention of AirPlay or Siri voice control, as found on the iPhone 4S.

How true are the details? Well The Verge has been able to verify that the customer survey does exist, and is administered by a Norwegian research firm called Confirmit, known to be a Best Buy client.

However, we don't expect a public announcement from Apple confirming the details just yet.