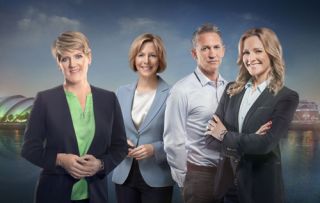 The World Cup had been expected to be the sporting event at which we found out if Ultra HD 4K TV would realise its potential, but now it seems the 2014 Commonwealth Games might take that honour instead.

In what could be a "watershed moment in the history of broadcasting", the BBC's R&D department will be broadcasting "certain elements" of the Games live in 4K to a public showcase in Glasgow.

For the duration of the Commonwealth Games (23rd July to 3rd August), you'll be able to head along to Glasgow Science Centre and watch live coverage of the action in Ultra-High Definition.

The BBC has said there will also be a range of other demonstrations from partners and collaborators as part of the showcase, although further details are yet to be confirmed by the corporation.

It will be delivered using an "initial version" of what BBC R&D believes will become the future system for broadcasting – taking advantage of the growing speed and availability of internet networks.

BBC R&D will be working in conjunction with a number of partners to ensure this system provides the necessary benefits to the TV industry and audiences at home, including new forms of content.

An "Augmented Video Player" is one example of this, where IP technologies allow greater production data and metadata to be sent with video/audio feeds, offering richer, more interactive content.

BLOG: Will Ultra HD 4K TV be a winner at the World Cup?\

BBC R&D controller Matthew Postgate said: "We may well look back at this trial as a watershed moment in the history of broadcasting.

"By proving for the first time that complex events can be created and delivered completely over IP technology, we’re opening up a world of possibilities to programme makers and the wider industry."

The news comes after the BBC revealed details of its trial Ultra HD 4K broadcasts from the World Cup in Brazil, using both digital terrestrial TV and IP to achieve an "end-to-end live UHD broadcast".

Meanwhile, Sony is providing some of the limited opportunities to catch the World Cup in 4K on these shores, with the screening of highlights packages at a number of retail stores nationwide.