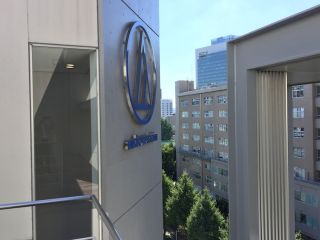 Speaking exclusively to What Hi-Fi? at the firm's Tokyo HQ, Keisuke Kobayashi, Audio-Technica's director of marketing and engineering, outlined the business's plans to expand in Europe and the USA.

"Our headphone division has the No.1 position in Japan, but we are still not so well recognised in western markets for consumer headphones," says Kobayashi. "Our aim is to gain market share in the US and western Europe. We won't bring the whole Audio-Technica range into each country, we want to focus on quality products at accessible prices."

Given that more than 250 headphone brands already exist in Japan alone, and the dominance in Europe and the US of companies such as Beats, Sennheiser, Bose and others, Audio-Technica has a tough job on its hands. One of the biggest challenges, Kobayashi admits, is that while the headphone market has expanded in recent years - driven by the growth of mobile devices such as smartphones and tablets, and the increasingly fashion-conscious youth market - that rate of growth can't be sustained indefinitely.

"Unless people are exposed to a good listening experience, it is hard to get them to upgrade [their headphones]. A lot of younger people only know about MP3 because that is what they've grown up with. I'm not a hi-fi purist, I understand MP3 is convenient. But we need to do our best to help people appreciate better sound quality. Good sound quality is the key for us: it has been in our genes since the company was founded in 1962."

Kobayashi is confident that the current move towards high-resolution audio will persuade music lovers to improve their listening experience: "Listening is believing, you really can hear the difference," he says.

Audio-Technica is a second-generation, family-run business and understands it will have its work cut out to take on the big global players in the ultra-competitive headphone market: "We are not the kind of company with big marketing budgets, we have to find a better way of communicating with our customers, to find out what they want."

One advantage Audio-Technica does have is its heritage. Founded 53 years ago to make cartridges for turntables, it has since expanded into manufacturing headphones, headphone amps, microphones, wireless audio systems and all manner of hi-fi accessories. It has both pro and consumer divisions.

Big-name stars such as Elton John and Barbra Streisand regularly use the company's microphones for recording, and on the Pope's recent trip to the US to visit President Obama, Audio-Technica microphones played a key role. They were even used for broadcasting at the London Olympics in 2012.

Today around 46 per cent of the company's revenues come from headphones, and that is where its key focus on expansion lies. During our visit to Tokyo, What Hi-Fi? also spoke to Hiromichi Ozawa, chief engineer for headphone development. He has 25 years' experience at the company, and knows a thing or two about how things are done.

"Essentially we are a transducer company. From my perspective, the company philosophy is that we develop a new transducer for each product," says Ozawa. "I make a bespoke transducer for each design of headphone, that is our area of expertise. Most of our rivals use only a limited number of transducers across their entire headphone range and retune them accordingly depending on the type of headphone they are making." But not Audio-Technica. "We are the only company designing different drivers for open- and closed-back headphones," Ozawa adds.

"There are three parameters we test for: frequency response, distortion and of course sound quality. Our aim is to create a neutral, transparent, natural sound," he explains.

To that end, he does not use a dedicated headphone amplifier when testing new designs as he believes that can introduce unwanted colouration to the sound. Instead, all the headphones he develops are plugged directly into a high-end Marantz CD player which has a built-in headphone amp and critical listening is done using that.

One of the recordings Ozawa uses consistently for all his testing is Mozart's Piano Sonata No.11 in A Major K331 (Turkish March). "The piano is the most difficult sound for headphones to reproduce," he explains, "because it has a very large tonal range, from low bass to high treble. Headphones can struggle with very deep bass. I can hear everything I need to from that one Mozart piano piece."

As for materials, Ozawa believes silicon is the best material to use for the tips on in-ear headphones as it is both cost effective and gives the best noise isolation. And when designing more upmarket over-ear designs, more luxurious materials such as leather, wood and magnesium - to reduce weight - come into play. "Unlike in-ears, over-ear headphones can be quite heavy, and that is something we have to address."

Does Ozawa have a personal preference for one particular type of headphone? "Yes, I prefer open-backed designs,"he says. "Twenty years ago I started designing open-backed headphones for Audio-Technica, and at that time most Japanese headphones were closed-back designs. The AD series were the first open-backed designs I did for the company.

"The issue with closed-back headphones is that everything is enclosed, so the movement of the diaphragm is restricted. The shape of each person's ear on closed-back designs has a considerable impact on its performance. That is less so with open-backed designs, where the diaphragm is freer to move and that gives a more natural sound."

As for in-ear models, Ozawa says he prefers to use moving coil drivers over balanced armatures. "The latter are more efficient and more sensitive, but the downside is distortion, particularly second order dynamic distortion. That's why I prefer the moving coil type."

The development process for all types of headphone is essentially the same, he says: they experiment with different materials, try out prototypes over two or three years to see if new materials will work, and get feedback from other people in the office to see what they think about them.

It's an approach that has served Audio-Technica well, with the company picking up numerous Awards over the years (including a What Hi-Fi? Best Buy in 2010 for the ATH-W1000X).

Of course there is more to Audio-Technica than just headphones. At CES we saw the new AT-PHA100 portable headphone amp, at this year's IFA it unveiled the AT-LP5 direct drive turntable, and at the Munich Show earlier this year the company introduced the HA5050H headphone amp. And of course there is its all-important range of MC and VM cartridges, on which the company was founded.

Yosuke Koizumi is the chief engineer responsible for cartridge design at Audio-Technica, having joined the company 13 years ago. He developed the firm's first non-magnetic core design, the AT50 ANV, as a 50th anniversary commemorative cartridge in 2012 and from that sprang the AT-ART7, based on the same technology.

Audio-Technica started out designing Moving Magnet (MM) cartridges more than 50 years ago. But there were some patent issues with MM in Europe and the US, so the company later switched to Moving Coil (MC) designs and went on to develop the V-shaped Magnet (VM) models.

"Cartridge technology is pretty old, but there are still some areas we can improve, such as the electrical generation method," explains Koizumi. "And although we mainly use aluminium for the cartridge body, we have recently started using titanium too. The latter can be heavy, so it's not right for every type of cartridge we make.

"When I start developing a cartridge, I don't just take a rival product and try to improve that. I set my own targets for a certain level of performance and try and achieve that."

For testing, he uses a Technics SP-10 turntable, an Audio-Technica 1503 tonearm and a bespoke "monster phono stage we built in-house about five or six year ago". Speakers are either B&W's 801s or a pair of Wilson Audio System 7s.

"I want people to enjoy analogue records as much as possible, to rediscover vinyl. I have around 1000 records and think vinyl is the best medium for music."

Enjoying the music is a recurring theme at Audio-Technica, and it's clear the company's engineers share that common passion. As a family-run business that sense of enthusiasm is allowed to flourish, and has clearly served it well during the first 50 years of its existence. It will be intriguing to see what the next 50 years bring.

See all our Audio-Technica reviews