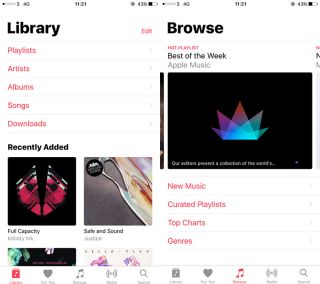 Since its launch in June last year, Apple Music has received criticism over its song-matching abilities. The issue occurred when Apple Music matched songs that subscribers had in their existing iTunes libraries with songs in the cloud when streamed to other Apple devices. Users found some of the ‘matched’ versions weren’t accurate, for example providing studio versions of songs instead of the live versions in their libraries.

Apple is now addressing the issue by rolling out its iTunes Match fingerprint to all Apple Music subscribers. With the update, new and correct versions of songs will be rematched, but it won’t delete any downloaded copies of songs you already have.

It’s the same iTunes Match that Apple introduced to the UK back in 2011, which required a yearly subscription, but Apple Music users will get the update for free. If you subscribe to both iTunes Match and Apple Music, you can choose to not renew your iTunes Match subscription when it comes to an end and still reap the benefits.

Apple Music users won’t need to do anything as the update is being rolled out automatically. You should have received the update if you see “Matched” appear in the iCloud Status column of your iTunes library.