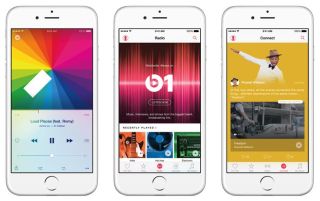 Cook was speaking at a WSJD Live event where he also revealed 8.5 million Apple Music users were still taking advantage of the three month free trial. You'd imagine a certain percentage of these will choose to continue their subscription when it comes to an end, or simply forget to unsubscribe.

While there's still some way to go before Apple's streaming service surpasses Spotify's 20 million paid-up Premium subscribers, the figures are quite impressive when you consider Apple Music only launched in June.

That said, Apple revealed back in August that 11 million people had signed-up for the free Apple Music trial - so around 60 per cent of those people are now paying users. In September it was predicted that around 7.5 million people would stick with the service.

At the Wall Street Journal event, Cook also divulged a few details regarding the availability of the new Apple TV media streamer.

Pre-orders for the new box will start next Monday 26th October, with units shipping from the 30th. The revamped music and video streamer features Apple's A8 processor, its brand new tvOS operating system and a brand new Siri Remote.