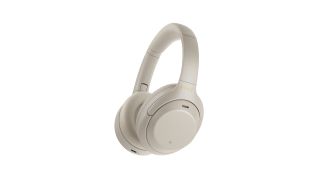 If lockdown has taught us anything, it's that the outside world is overrated. On the rare occasions we do have to venture out, we'll wear a plush pair of noise-cancelling headphones to block out unwanted noise like traffic, roadworks, autotune-heavy car stereos and office chatter. And we're not the only ones.

But which noise-cancellers should you buy?

While in-ear headphones can do a pretty decent job of blocking out unwanted noise, they're no match for a pair of over-ear headphones. And for the ultimate in convenience, go for a wireless pair.

We tested the Sony WH-1000XM4 headphones at £350 ($350, AU$550), and since they launched very recently, the price hasn't yet dropped. Of course, keep an eye out around sale times – like Amazon Prime Day or Black Friday – and, who knows, you could bag a bargain.

The Bowers & Wilkins PX7 cost the same as the Sonys when we first clapped eyes (and ears) on them, and again, the price is yet to budge. Roll on the sales!

If you're looking for the best wireless headphones, battery life is a key consideration. There's nothing more annoying than your headphones conking out halfway through a long flight or your commute into work.

It's extremely close on the fast charging front, too. Plug in the PX7s for 15 minutes, and you'll get five hours of run time from them. The Sonys deliver the same run time from a 10-minute charge – a marginal improvement, but not considerable enough to hand it the round.

So for the second round in a row, there really is nothing to choose between them. This one's going down to the wire.

Of course it's no good having a marathon battery life if the headphones aren't comfy enough to wear that long. Thankfully, both of these deliver comfort in spades – they really are two of the best headphones money can buy.

The PX7s have a well-padded headband and earpads that clamp just the right amount to keep them steady without feeling like your head's in a vice. They're lighter than their predecessors too, which also helps on the comfort front.

The XM4s have a slightly tweaked design from their predecessors, but they're not as premium-looking as the PX7s. They are a good deal lighter than their rivals though – 50g or so – which makes for a very comfortable fit indeed. Again, there's just the right amount of grip from the earpads, and they give a solid seal around your ears.

It's another tight one, but the Sonys just edge this round.

The PX7s were the first headphones to hit the market boasting aptX Adaptive. This next-gen Bluetooth tech combines the 24-bit/48kHz capability of the now widely adopted aptX HD with the benefits of aptX Low Latency (improved synchronicity of audio and video content between your source and headphones).

In other words, if you're using the PX7s for gaming or smartphone apps, the sound from the screen should arrive in your ears instantaneously. The aptX HD codec also helps make the wireless connection more robust.

Like the Sonys, the PX7s have active noise-cancellation. You can choose from low, medium and high, depending on your environment. Press and hold the noise-cancellation button and you'll enter ambient mode, which lets in some outside noise – handy for hearing announcements at stations, or ordering a drink from an air steward, say.

The XM4s also have an ambient mode which works just like that on the PX7s. But if you don't want to enter ambient mode, you can use the Quick Attention feature instead. Cover the right earcup with your hand, and it'll let through enough sound to hold a conversation. But there's also a Speak to Chat feature, which automatically detects that you are talking and enables ambient audio to sneak in. You can also set the sensitivity of this mode to prevent triggering it accidentally.

An NC Optimiser auto-calibrates the noise-cancellation based on different factors such as the shape of your face and whether or not you wear glasses. If you’re a frequent flyer they can even take into account changes in air pressure. You activate it via a long press of a button.

The XM4s have some new brains, too. Sony's new DSEE Extreme engine not only attempts to upscale compressed music to near hi-res quality, it also adds artificial intelligence technology called Edge-AI. It’s been developed with the help of Sony Music Studios Tokyo to analyse music in real-time and reproduce a sound that's more faithful to the original track.

Instead of supporting aptX or aptX HD, the XM4s support Sony's own LDAC tech, which does pretty much the same thing. And they support Sony's 360 Reality Audio format, which is a direct challenger to Dolby Atmos Music, and which is supported by various streaming services like Deezer and Tidal.

Like the PX7s, the WM4s automatically pause music when you take them off and restart it when you put them back on. They can also adjust their noise cancelling and ambient sound levels depending on your situation and location, and you can even geofence certain locations to trigger certain settings. They can connect to two devices wirelessly at the same time, and they sound clearer during voice calls thanks to Precise Voice Pickup tech.

For the sheer breadth and utility of their features, the Sonys have this round hands down.

But this is the round that really matters. If you're looking for the best headphones (and specifically the best wireless headphones), sound quality is of paramount importance.

The PX7s put in an impressive performance. Theirs is a solid, detailed and tonally balanced sound that prioritises rhythmic precision and communicates music in an entertaining way. There's extra dynamic expression on show, and more insight, while the soundstage is considerably bigger and more open.

But the XM4s also have a wide open feel, and an ability to dig up untold levels of detail on a track. They're composed and confident, especially at handling lower frequencies, and there's plenty of power and punch, with poise to go with it. They also time exceptionally well.

This is possibly the closest round of them all – both pairs sound fantastic. But the Sonys just edge it thanks to their more composed disposition. The PX7s have bags of enthusiasm, but the XM4s just sound that bit more authentic.

It was always going to be a close one, but the Sonys take the crown. They're slightly more comfortable, have a more comprehensive feature set, and sound that bit more genuine, making them some of the best headphones around right now.

That's not to say the PX7s aren't a fantastic buy. They excel in every area, and only come a cropper in the face of such stiff competition. They also look more swish than the Sonys, and they're a few months older, so there's every chance you could find them discounted. Snap them up, pronto.

Our advice? While the Sonys may have it, if the choice has come down to either of these, then whatever decision you come to, you've already won.