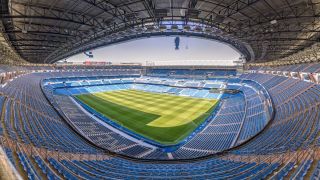 A tidy draw against Atleti keeps Espanyol in the running for a miraculous survival but the less fashionable team from Catalunya will need to start picking up some wins if they're to out-pace three of Leganes, Celta Vigo, Mallorca and Eibar. This weekend is just that chance as the Barcelonans head to Pamplona to face an Osasuna team who've lost four out of their last five.

At the same time, there'll be dropped points ahead of Espanyol with Mallorca and Eibar facing-off against one another. Leganes will need to claw onto anything they can when they travel to eighth-placed Villarreal and it's the same story for Celta as they head to high-flying Getafe.

Just one point separates Real Madrid and Barcelona at the other end of the action. Los Blancos have the arguably easier game with their trip to Real Betis. Quique Setién will have to beat off Real Sociedad at home.

Diego Simeone's side have a chance to leapfrog Seville if they can best the Andalusian's in the capital. That could be just the ticket ahead of Atleti's return game against Liverpool in the Champions League.

It's a fascinating season in Spain, as ever. Barça, who won their 26th Spanish title last season, have strengthened again as they attempt to reassert their dominance in Europe as well as domestically. Antoine Griezmann arrived at Camp Nou following a €120m move from Atlético, joining another big-money signing in former Ajax midfielder Frenkie de Jong.

That only makes things tougher for Real Madrid, who struggled last season without the goals and influence of Cristiano Ronaldo and finished third, 19 points off the top. Their current position suggests many of those problems have been fixed, however.

Madrid responded by reinstating Zinédine Zidane as manager, who won three consecutive UEFA Champions League finals in his first spell, and building a new squad of Galacticos led by the signings of Eden Hazard, Luka Jovic and Ferland Mendy. So far it appears to be paying off.

But let's not write off Simeone's Atléti for some success. Last season's runners up, who replaced Griezmann well with Benfica's João Félix, have strengthened elsewhere despite a number of outgoings.

If you want to watch it all unfold over the next seven months – whether that be on your TV, laptop, smartphone or tablet – we've got you covered. Simply scroll down to find the best option for you, sit back and enjoy.

It looked like there would be no deal in place for La Liga to be broadcast in the UK or Republic of Ireland, for what would be the first time in decades. That was until ITV announced it had bought rights at the last minute, with a combination of live matches and highlights to be shown free of charge on its main channel and ITV4.

Those live rights have since been transferred to Premier Sports, which announced a three-year deal in September, though ITV will continue to offer highlights.

All of these La Liga games can now be found on Virgin Media on the recently announced LaLigaTV channel in HD on channel 554. It's available to all Premier Sports customers but any Virgin Media subscriber can sign up for £9.99 per month through their on-screen service - Home > Apps & Games > All Apps > TV Channel Upgrades on the remote. The bundle includes Premier Sports 1 HD (CH 551) and Premier Sports 2 HD (CH 552) as well.

Here's a list of games that will be shown live by LaLigaTV. All fixture times shown in GMT.

Osasuna vs Espanyol, 11am