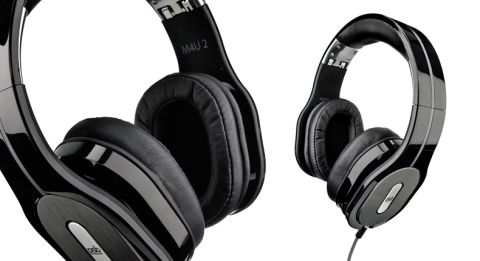 Full-bodied, powerful and exciting, these headphones are superb travel companion

It’s been over two years since we first reviewed the PSB M4U2 headphones. While competitors have been replaced and updated, the M4U2s have stayed the course unaltered.

They remain as popular as ever, so we thought it was time to take a second look.

PSB might not be as familiar to you as some of the other brands it shares this test with, but it has been producing speakers for more than 40 years. The M4U2s are one of just two pairs of headphones it produces, the others being a purely passive model.

This is a big pair of headphones, though the folding design does help their portability somewhat.

Their size also makes them a little on the heavy side when compared with something like the Bose QC25, but the well-padded headband ensures your head never feels the strain, and large soft earpads keep them comfortable over your ears.

The pads are replaceable, with a spare set included in the box, alongside a 1/4in adapter, a second cable without inline remote and a carry case. You’ll need two AAA batteries to power them.

Most competitors use only one, but with two you can expect around 55 hours of ANC playback – a clear benefit.

As well as the ability to turn noise cancelling on or off (they’ll work passively), the M4U2s offer an extra option to activate the amplifier without noise-cancellation for a supposedly cleaner, more powerful sound.

This will also help to save the battery life on any portable device, as it won’t need to work as hard to drive the headphones.

The noise cancelling on the M4U2s is pretty effective, and with the earpads offering a good amount of isolation you get a convincing feeling of being shut off from the world. The Bose QC25s best them in absolute noise-cancelling terms, but it’s not a bad performance.

There’s a clear difference between passive, active and noise-cancelling modes. Passively, playback is quieter and the treble has a harsh, thin edge to it.

Move to active and you get a better-balanced sound and more volume, but any noise around can be heard. Switch up to full ANC and you get the best performance of the three, with noises all but disappearing and the headphones sounding their best.

It’s a full-bodied and exciting listen, never holding back in any area. The weighty low-end packs plenty of punch in the bassline of Dr Dre’s The Watcher, with enough sparkle and control in the top end to counter this.

Change pace to Katie Melua’s Piece By Piece and the M4Us deliver a clear, open midrange, with the soulful vocal full of confidence and texture body. The guitar has depth and texture to every strum, and detail levels are superb.

Dynamically the PSBs are no slouch either – they’ll devour high-tempo tracks with enthusiasm, but can be equally brooding and delicate when asked.

With more than two years since their launch, many products would be starting to show signs of age, but with the PSB M4U2s, that’s simply not the case.

They’re as exciting and engaging as ever, and can’t fail to score the full five again.