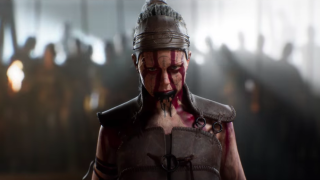 Gaming is about to get even more expensive. A couple of weeks ago, games publisher 2K announced that its sports sim NBA 2K21 will cost $70 (£65/AU$110) on the Xbox Series X and PlayStation 5 consoles. That's a rise on the standard $60 (AU$90) game price. Since then, a number of voices have added to the debate, with $70 per title seeming to be the new standard price for gamers.

But many analysts point out that a price rise is probably about due. The $60 standard came in with the original Xbox 360 and PlayStation 3, about 15 years ago. According to Ryan McCaffrey at IGN, adjusting for inflation, games should cost $76 nowadays, so $70 is actually not a bad deal.

Production costs have also increased, not only as titles get more ambitious and expansive (The Last of Us 2 is rumoured to have cost $100m), but also as developers get to grips with new next-gen hardware.

Publishers are only too keen to point out what great value games remain - they offer potentially hundreds of hours of entertainment per title (especially if there's an online multiplayer mode), compared to around two hours of entertainment for a film. And be honest, how many films would you actually watch more than once?

Yet still, many gamers balk at the idea of paying more for games. A Twitter poll held by Mike Andronico at Tom's Guide showed 61 percent of respondents would buy fewer games if they all cost $70. Which is understandable, given the perilous world economic situation at present.

While a $70 launch price might horrify some, it's not all doom and gloom. Games do get discounted as publishers try to get a second wave of punters onboard. And subscription services like Xbox Game Pass give gamers their fix for a flat monthly fee - as Andronico points out, these could be the future of gaming, just as Spotify and Netflix are for music and TV shows/films respectively.

Also, don't forget the upcoming Smart Delivery feature for Xbox games means if you buy a new game for an old console, such as the Xbox One X, you'll automatically be able to play it on the new Xbox Series X, at its optimum settings, at no added cost.

Still, with the PS5 and Xbox Series X looking to cost around $500/£500 each, it looks like we'd all better start saving.