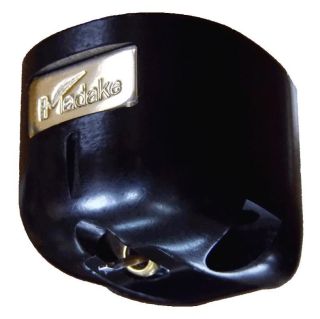 Miyajima’s latest turntable cartridge is now available in the UK. Named Madake after the rare Giant Timber Bamboo from Japan, it features a cantilever made from bamboo.

The material has been used because it is both lightweight and rigid, especially compared to heavy metals which can produce small resonances.

The cantilever is also fitted with a short aluminium shaft which is attached to a Shibata stylus.

The cartridge also benefits from Miyajima’s patented cross-ring design where the cantilever fulcrum and coils are positioned in the exact centre of the magnetic field. It has an African Blackwood casing, which further improves tonal and acoustic properties.

The Miyajima Madake cartridge is available now for £3750.

It seems Spotify could be feeling the pressure of Apple Music, if recent reports are to be believed. Digital Music News cites several sources claiming that the streaming service could soon restrict certain releases to paying subscribers, or offer them to non-paying users for a limited period only.

One possible scenario could see users of the free service being restricted to one or two songs from a new album, while subscribers would have unrestricted access to all tracks.

The sources say an “early 2016” rollout of the new feature is most likely.

With a renewal date of 1st October on the horizon, it has also been reported that three major music labels - Sony Music Entertainment, Warner Music Group and Universal Music Group - have yet to sign new deals with Spotify.

The free access Spotify gives its users is believed to be a potential sticking point.

The majority of 16 to 24-year-olds now watch on-demand and catch-up TV on computers and smartphones rather than a television, according to the latest Communications Market Report from Ofcom.

The report claims that 57 per cent watch on-demand content through a laptop or PC, 45 per cent on a smartphone and just 40 percent use a set-top box.

The use of video on-demand services has seen a significant increase since 2010. In the second half of 2014, 57 per cent of all adults used at least one service, up from 27 per cent in the first half of 2010.