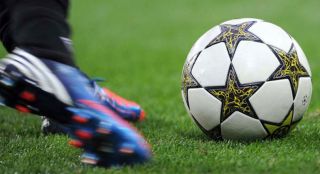 Virgin TV subscribers with the 'Full House' package of a 4K-ready V6 box and 4K TV will be able to watch Saturday's Champions League final between Real Madrid and Liverpool in 4K, the first time Virgin has broadcast live football in Ultra HD resolution.

For the third year in a row, BT Sport has the live rights to show the final, which will be available for free on its website and mobile app, and in 4K via its YouTube channel. BT subscribers with the G5 4K box will be able to watch the match in the superior resolution via the BT Sport Ultra HD channel.

MORE: How to watch the Champions League final for free online and in 4K

If you want to watch the Champions League final in 4K, there are two ways Virgin customers can tune into the 4K broadcast: through the BT Sport 1 HD and BT Sport 2 HD channels by pressing the red button on the Virgin remote, or via Virgin Media’s showcase 100 channel.

Virgin is calling the match ‘part of a trial’, so customers could be seeing more 4K live action in the future.

While the Virgin TV platform currently offers 4K video through the V6 box’s Netflix and YouTube apps, unlike BT and Sky, it doesn’t have any 4K offerings of its own. The lack of 4K content was one reason for our three-star review of the service.

If you don't have access to Virgin TV, you can watch the Champions League final for free and in 4K (on compatible TVs) on YouTube.

How to watch the World Cup - 4K, TV, online, mobile