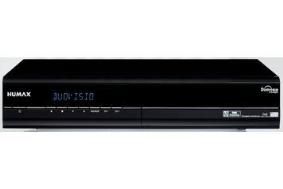 Humax has today confirmed the dates for its over-the-air software downloads to fix various operational problems with its PVR-9200T and PVR-9300T digital TV recorders (see original story below).

The upgrades will automatically take place on all PVR-9200T and PVR9300T models on the following dates, as long as they are in standby mode overnight:

Humax says the new software will also eliminate the risk of future problems and has introduced a new feature that will significantly reduce the time it takes to display the on-screen electronic programme guide (EPG) from minutes to just a few seconds.

Software updates for the PVR-9150T are subject to testing by the Digital Television Group (DTG), which is taklng place on June 11. Humax will give details of the release date for the PVR-9150T fix in due course.

The first two software upgrades can also be downloaded manually from http://downloads.hummy.org.uk/ if you miss them.

Humax says it has developed a software fix to overcome operating problems with some of its digital TV recorders.

For several months owners have been experiencing problems such as freezing and locking up of the boxes. In a statement issued today, the company says:

"Humax is very aware that, for several months, some customers have been experiencing a slowdown in operation and usability issues with our PVR models.

"Resolving these issues has been a priority for our technical team who have been working diligently on a fix, but unfortunately, due to the complex nature of the issues, it has taken much longer than we had hoped to develop new software to sort out the PVR issues.

"The increasing complexity of the UK's broadcast infrastructure and requirement to process a substantially higher volume of information has put the PVRs under pressure and significant performance issues became particularly apparent through the digital switchover.

"We recognise this has regrettably caused frustration and problems for some of our PVR-9300T and PVR-9150T users, and in particular those with the older PVR-9200T models."

Humax says it has developed a software solution that will "dramatically improve the user experience and address issues such as freezing and locking up".

As part of the upgrade, the electronic programme guide (EPG) will now load in seconds rather than minutes.

Humax will be scheduling an automatic over-the-air software download for the fix in a matter of weeks, and hopes to confirm the exact dates shortly. The dates will be conveyed to existing owners via email, and across the company's Twitter (@HumaxDirect) and Facebook pages.

For further information, customers can call the Humax helpline on 0844 669 8800 or email uksupport@humax-digital.co.uk.