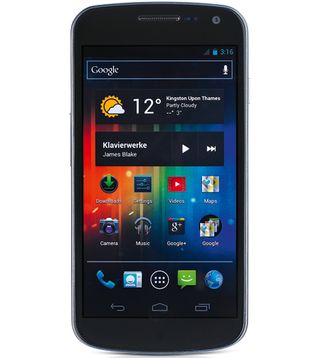 Samsung has persuaded a US court to lift temporarily the ban on sales of its Galaxy Nexus smartphone in America.

The ban came into force last week after Apple secured a preliminary ruling that Samsung had infringed one of its search patents (see story below).

First it was the Galaxy 10.1 tablet, and now a California judge has banned sales of the Samsung Galaxy Nexus smartphone in the US.

A patent dispute between Samsung and Apple has led US District Judge Lucy Koh to rule that Apple "has shown a likelihood of establishing both infringement and validity".

In response, Samsung says in its statement: "We will take all available measures, including legal action, to ensure the Galaxy Nexus remains available to consumers."

Samsung has been forced to halt sales of its Galaxy 10.1 tablet in the US.

The order, issued by a judge, comes as a court considers Apple's claim that Samsung illegally copied the design of the iPad.

Early indications are that Apple's claim may be upheld. California district judge Lucy Koh now says: "Apple has established a strong case on the merits."

According to the BBC, Koh had said earlier the two products were "virtually indistinguishable", and in December she decided against prohibiting sales of the Galaxy 10.1.

However, she has since changed her mind after a contrary ruling by the US court of appeals which asked her to reconsider Apple's request for an injunction.

"Although Samsung has a right to compete, it does not have a right to compete unfairly, by flooding the market with infringing products," Koh wrote in her court order. She said Apple would be "irreparably harmed" if sales of the Galaxy 10.1 continued.

Samsung expressed disappointment at the decision and says in a statement: ""We will take necessary legal steps and do not expect the ruling to have a significant impact on our business operations, as we possess a diverse range of Galaxy Tab products."

The Korean electronics giant has suffered similar bans in other European countries and Australia.