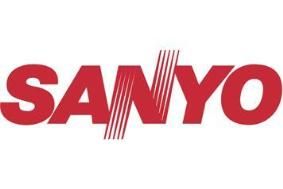 Plans for the acquisition were confirmed last December, and it's thought the process will be completed by the end of this year. The delay has been caused by the need for the takeover to be examined by various regulatory bodies worldwide.

The transaction will make Sanyo a subsdiary of the Osaka-based giant, and make Panasonic a major player in lithium-on batteries, solar cells and power sources for electric vehicles.

However, the company is expected to lower its stake in a joint venture with Toyota to make nickel-metal hydride batteries for electric cars, in order to comply with Chinese anti-trust regulations.

Following an agreement between the boards of the two companies, Sanyo will become part of the Panasonic Group once Panasonic has completed the purchase of Sanyo's shares and acquired majority voting rights.

Panasonic is offering 131 yen per Sanyo share, and major Sanyo shareholders including Goldman Sachs have agreed to sell up.

Both companies believe substantial cost savings can be achieved by bringing Sanyo under the Panasonic umbrella, and that drastic action is needed to boost revenue growth. Panasonic has slashed its annual profit forecast by 90 per cent because of the global economic crisis.

"Panasonic and Sanyo will form a close business alliance with the prospect of organisational restructuring of both companies," they said in a joint statement issued in Osaka this afternoon.

It is believed Panasonic is keen to acquire Sanyo so that it can gain a dominant market share in lithium-ion batteries, and also obtain Sanyo's solar cell technology.