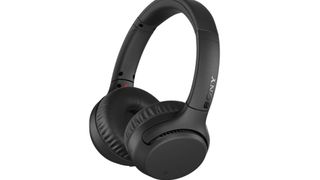 On the market for a set of affordable wireless headphones? How does a Sony deal sound? This particular set of wireless on-ear headphones has just been reduced by 40 per cent as part of Amazon's summer sale, and will currently set you back just $78. Not bad, given they'll deliver around 30-hours of battery life from a single charge.

The Sony WH-XB700 isn't a model we've tested thoroughly, but as part of Sony's popular Extra Bass (or XB) range, the build is solid and battery life impressive and you get a USB-C charger (a 10-minute charge gives you an extra 90 minutes of playback), NFC pairing, Alexa built-in, and sound customisation through the Sony Headphones Connect app.

A quick scan of Amazon's customer reviews reveals that comfort is another area in which these on-ears score high marks, thanks to the cushioned earcups which also swivel to lie flat for easier storage.

Our advice? If your wireless headphones budget maxes out at $80, it's an awful lot of headphone for little money – including a mic for call-handling and EQ adjustments via the Sony Headphones Connect app. No, you won't get the class-leading noise cancelling found in Sony's flagship headphones, but if that's not high on your list of priorities, this appears to be a great little deal.